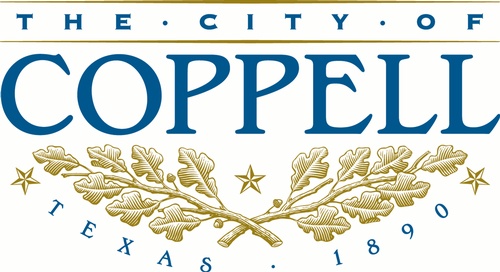 Event Description:
The City of Coppell is governed by a Mayor and seven Council members who are all elected at large to their respective offices by the qualified voters of the City.
The Mayor is the official head of the City government for all ceremonial duties and purposes of military law. The Mayor Pro Tem is elected by the City Council and serves during the absence of the Mayor.
All powers of the City, except as otherwise provided in the Home Rule Charter, are vested in the City Council, which provides for the exercise and performance of all duties and obligations imposed upon the City by law.
Electronic council packets and agendas are available online after 5:00 pm, the Friday before the scheduled meeting. Meetings are broadcast live on the City’s government cable access channel, CiTV (Time Warner Cable channel 16 and Verizon FiOS channel 32). Meetings are replayed the following weekend on Friday at 9:00 pm, Saturday at 9:00 am and 3:00 pm., and Sunday at 9:00 am and 3:00 pm. Meetings are streamed live over the internet.
Location:
Council Chamber, Coppell Town Center
255 Parkway Blvd.
Date/Time Information:
City Council regularly meets the second and fourth Tuesday of each month in the Council Chambers, 255 Parkway Blvd. beginning at 7:30 pm.
Executive Session/Work Session begins at 5:30 pm (Work Session is open to the public).
Contact Information:
City Secretary
Set a Reminder: